"It's funny because it's true."

Victoria "Tori" Spring is the protagonist and narrator of Solitaire, as well as a main character in Heartstopper. She's best friends with Becky for most of Solitaire and has a friendship group which she refers to as Our Lot.

Alice imagines Tori having "quite a bony face - sharp cheekbones/jaw and pointy chin".[1] She's 5'2" tall[2], has chin length black hair, and tan skin. She used to have long hair, but she had it cut at some point before the events of Solitaire.

In Radio Silence, the narrator described Tori's hair to be a weird shade of black or brown, with a thick fringe concealing her eyebrows.

Tori is an introverted, very cynical, and pessimistic teenager. She enjoys watching movies and blogging on her laptop, which is almost always near her when she's at home. She's very caring of Charlie. She is very observant and always questions stuff. Though she seems pretty aware of how the "world" works, she's very indifferent to the idea of doing things such as having a boyfriend to place her higher in the social hierarchy of her school, even stating at one point that the majority of the students at Higgs are soulless, conformist idiots.

Tori's narration is sardonical, and she has the tendency to dislike other people simply for looking happier than she feels. Despite being part of a friend group, she feels alienated, not quite knowing where she fits in.[3]

Tori prefers to be blunt. Ironically despite her seemingly uncaring personality, she actually cares more than she lets on and is disgusted at apathetic people. She genuinely cares about the people she loves, and sometimes berates herself for not treating them well, sometimes even thinking that she doesn't deserve them. Her pessimistic attitude caused problems with her relationships to the other characters. Though her negative outlook in life seems to have been an effect of mental illness, this only became apparent during the final scenes of the book.

Tori appeared as a cameo character near the end of Radio Silence during Aled‘s event. She recognized Frances from the party they went to years ago and they talked a little about school. 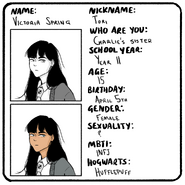 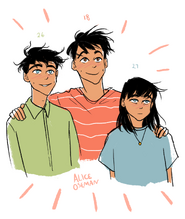 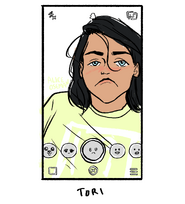 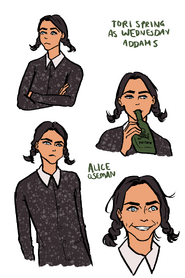 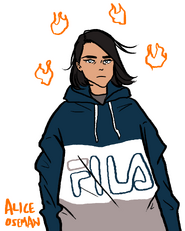 Add a photo to this gallery

Retrieved from "https://aliceoseman.fandom.com/wiki/Tori_Spring?oldid=727"
Community content is available under CC-BY-SA unless otherwise noted.